History of Nokia:
Nokia is a Finnish multinational telecommunication company that was built in 1865. It had been ruling over the world since the 1990’s often called the King of Mobile phones. However, the Finnish company has been on a roller coaster ride for the past few years. Leading as the world’s biggest telecommunication company, Nokia saw a huge decline in the market after Apple started launching its iPhone.

In 2010 the market value of Nokia drastically decreased by about 90% and even the quality of the Nokia phones suffered the impact. With competition getting high, Nokia leaders didn’t acknowledge their gaps and kept a blind eye to the shift which the industry was making at that time.

Things went down a rough path and in 2013, Nokia was acquired by Microsoft as the company couldn’t hold its ground amongst its competitors. Since then Microsoft has worked hard on improving the operational features of smartphones launched by Nokia. Now Nokia phones aren’t in the mainstream yet they are still liked by their hardcore fans.

Nokia signs Five-year Deal with Google Cloud
Recently, news has been released that Nokia Oyj has signed a five-year agreement to move its IT configuration to Alphabet’s Inc, Google Cloud. This has been another notch in the U.S based Tech company’s belt.
The company’s Vice President, Ravi Parmasud said, “Nokia will move away from the less efficient data centers and servers it owns and rents across roughly a dozen countries, accumulated over various acquisitions”.
This is a quite big leap for the Nokia company. However, no more information has been released by the officials and financial terms aren’t disclosed yet.
Nokia has now set its target on building network appliances for Future-generation 5G wireless services. Global 5G became one of the hottest trends in a tech firm and the competition is getting quite high so Nokia is currently battling in the field of 5G against two beastly warriors, China’s Huawei Technologies Co and Sweden’s Ericsson AB.
The case about progress has been entirely different for Google’s Cloud sales as “it has been progressing rapidly in the telco area”, said President of Google Cloud Sale, Rob Enslin. The year, 2020 has been going quite profitable for the Google company in many aspects as Google has won a deal with Renault SA’s manufacturing data which made it the U.S tech company’s first Cloud deal in France. Another deal has been also signed with Vodafone Group Plc.

Future plans of Google
Now Google is planning to become one of the world’s largest providers of internet infrastructure while building the pipelines of the internet in an area that was previously dominated by Telecom operators. We can see that Google has clever plans to dominate this particular niche in the future. 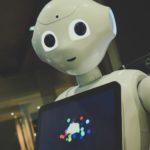